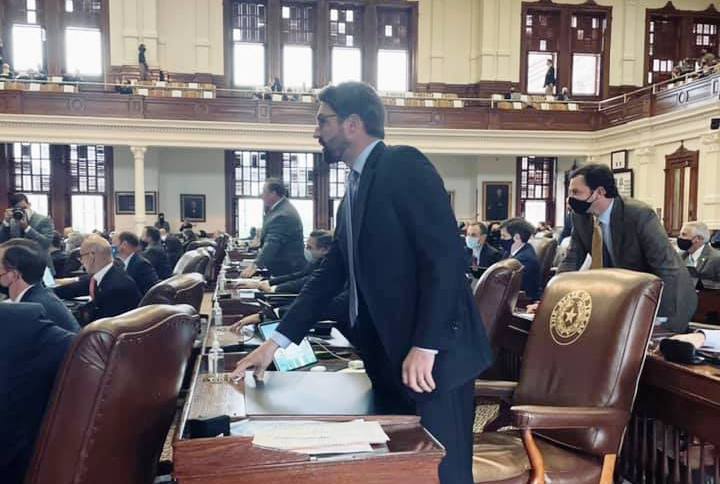 In response to his committee appointments, Representative Leach stated the following:

“I am humbled by the trust Speaker Phelan has placed in me by re-appointing me to again serve as Chairman of the House Committee on Judiciary and Civil Jurisprudence and also appointing me to serve on the House Committee on Juvenile Justice and Family Issues. The issues that these two Committees will address and deliberate on this session literally impact every single Texan. I look forward to working collaboratively and aggressively with Speaker Phelan and with all of my House colleagues to make the 87th Legislative Session one that positively impacts all Texans of today and even the future Texans of tomorrow. More than ever, we will be committed to ensuring that the Lone Star State remains a true beacon of liberty and justice for all.”

A fifth-generation Texan, born and raised in Plano, Representative Leach graduated from Plano Senior High School before attending Baylor University. He went on to earn his law degree from the Dedman School of Law at Southern Methodist University. Leach currently practices at the Texas law firm of Gray, Reed & McGraw LLP, where he has previously been recognized as a “Rising Star” by Texas Super Lawyer. Since 2013, Representative Leach has served the people of House District 67, which encompasses portions of Plano, Allen, Richardson and Dallas in Collin County. Representative Leach also proudly serves on the Texas Judicial Council and on the Board of Trustees for Houston Baptist University. Most recently, he was elected to serve as a Board Member of the Prestonwood Pregnancy Center Board and he continues to faithfully serve as a Board Member of the Texas Conservative Coalition Research Institution. Jeff and his wife Becky are the proud parents of Brady (age 12), Charlotte (age 10) and Landry (age 6). They are active members of Prestonwood Baptist Church in Plano, where they have served for several years in the Young Families Ministry.